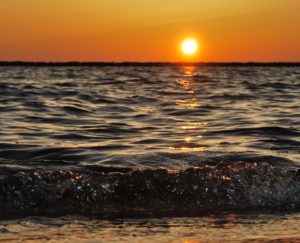 Here is a rundown of announcements so far. What could be on the horizon for you?

Dublin is rapidly becoming the European city of choice for expanding SaaS companies. Four technology companies in the SaaS area plan to create jobs in areas including R&D, sales and marketing and customer support.

Canadian technology and media company Pressreader will create 65 jobs over the next few years.

Looker will open a new European headquarters employing 50 new staff over the next 3 years.

US based Thinksmart, who provides Workflow automation software, will open a new office to service sales and support in EMEA regions.

London based ArtofUs will create 18 R&D jobs for their world-leading human operating system for the IoT market.

Microsoft announced plans to add 600 to its existing workforce in Ireland. These roles will include areas in Sales, Operations, Engineering and Management.

Browserstack will add over 40 new roles over the next 2-3 years to service their cloud based web testing platform in their existing Data Centre in Dublin.

Accenture will hire an additional 300 technology and design professionals this year, including 100 new roles at their recently opened research hub “The Dock”.

Irish animation house Cartoon Saloon has partnered with Canada’s Mercury Filmworks to create a new 2-D animation studio. Lighthouse Studios in Kilkenny will create 140 jobs over the next 3 years.

Red Hat, the world’s leading supplier of open source solutions, has plans to create up to an additional 60 jobs in its R&D hub in Waterford, with a planned investment of €12.7 million.

Paris-based asset management company Tobam announced plans to open an office in Dublin, creating 20 new jobs by the end of the year.

Element Six, a manufacturer of synthetic diamonds, will create 100 new jobs this year at its facility in Shannon as part of a planned €7 million investment.

Tech Mahindra, a top Indian IT service company with an existing presence in Waterford, has opened a new Centre of Excellence in Dublin. It plans to employ about 150 engineers over the next 3 years in technologies like robotics, automation, Cloud infrastructure and analytics.

With the IDA reporting excellent jobs growth in 2016 (11,842 net additional jobs) and the total FDI employment figure of almost 200,000, the highest on record, Ireland continues to attract strong investment from top international companies.