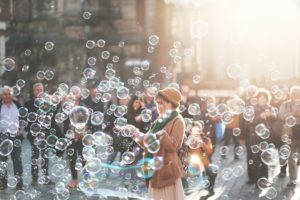 The ESRI figures released today have forecast that the Irish economy should grow by 3% per annum until 2025 and the labour force by almost 2% per year.

The Irish unemployment rate has fallen again to its lowest since September 2008. The seasonally adjusted figure for November 2016 was 7.3%, down from 9.1% just a year previous. The hospitality and construction sectors are showing the biggest improvement.

Here is a rundown of the most recent jobs announcements.

On 4th November, 215 jobs were announced for Dublin and Waterford across 9 International companies.

Macstadium will create 35 IT jobs over the next 3 years in its newly established European data centre and international headquarters in Dublin.

Smartfrog in Dublin will employ an additional 35 in areas including finance, marketing, sales and support.

Cloudbeds will add 20 new positions in sales and customer support for its hospitality property management software in the Dublin office.

Emergenetics, a US based provider of talent development solutions, will hire 20 new staff over the next 2 years. These Dublin roles will include business development, administration and client services.

Telynx, a US based VoIP service provider, has opened a new office in Dublin and will employ up to 20 IT engineers to support their global business.

Compar AG will open a development and sales centre in Waterford, creating 15 skilled jobs to support their image processing and robotics services.

Paragon 28 Inc, a US medical device company, plans to hire up to 15 employees in the areas of accounting, marketing, engineering, operations and quality.

TPGS, an international service provider in the financial sector, has announced the establishment of a new Dublin office creating 15 jobs.

On 10th November, SAS, a global leader in analytics announced the opening of a new office in the IFSC in Dublin. This move is part of a 6-fold increase in its workforce and follows last years’ announcement of 150 jobs over 3 years, with a €40 million investment.

On 14th November DocuSign announced the opening of a Dublin “Cybersecurity Centre of Excellence” which will engage in R&D into the area of cybersecurity.

On 16th November came the news that MetLife will open a new Global Technology Campus in Galway with the creation of over 200 new skilled IT roles.

On 29th November, West Pharmaceutical Services Inc. announced the completed expansion of its facility in Dublin. The company anticipates an additional 100 new jobs over the next 5 years  as a result of the expansion.

Linkedin plans to add a further 200 to its current workforce of 1000 in Dublin.

Voxpro, headquartered in Cork, is recruiting 400 people over the next 12-18 months for a new office in Dublin. This will bring their workforce in Ireland to 2,000.

As we near the end of 2016, the jobs market in Ireland is looking very healthy.