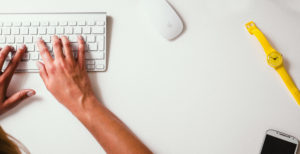 Mayo, Galway, Cork, Limerick and Dublin were in the news with jobs and investment announcements all in the last week.

On Monday, MathWorks announced the establishment of a new facility in Galway. The US based company plans to produce 50 new jobs in a new EMEA (European, Middle East & Asia) support centre. Mathworks is the leading developer of mathematical computing software for scientists and engineers. The company has a workforce in excess of 3,500 throughout the world.

GE (NYSE:GE) is to invest €150 million in a new campus in Cork. GE BioPark, currently in the planning process, is expected to ultimately host around 500 new jobs in the biopharmaceutical sector. Construction, subject to planning, is expected to begin in 2017 producing 800 construction jobs.

Mallinckrodt, who have been in Ireland for over 20 years, has announced the creation of a €10 million R&D facility. This will be at its newly opened Blanchardstown location and will add 40 new jobs to the location. The number of new positions there will grow to 120 by the end of 2017. This will bring total investment at the location to €85 million.

Tuesday saw the announcement that Fazzi Healthcare Services has opened a new Irish base in Limerick. This US-based company provides medical coding and ancillary services. 300 jobs will be created over five years at the location.

On Wednesday, we heard that SoftwareOne is to create 100 new jobs as part of a €16 million investment plan. They opened their first Irish facility in 2011 in Cork and are now expanding to a new Blanchardstown location.

News today that WP Engine are to create 100 jobs in a new technical support centre in Limerick over the next 3 years. The company provides managed services for WordPress websites. This Limerick facility will be the company’s first customer service unit outside the US.

US-based Fort Wayne Metals has announced an investment of €10 million in its facility in Castlebar. This will generate an extra 40 jobs over the coming 5 years.

With so much happening on the jobs front, it is a good time for business in Ireland.