Do we really need to travel to Romania to recruit Kitchen Porters and other unskilled staff? 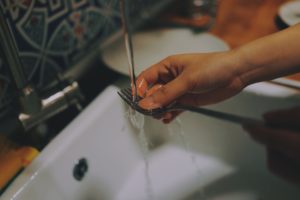 As a response to the apparent staff shortage in the hospitality sector The Restaurant Association of Ireland has organised recruitment fairs in Romania and Moldova on the 7th and 8th of December. They are inviting Irish Restaurant, Hotels and recruitment agenciesnto attend the event  to recruit a range of “hard to get” staff.  The list of jobs being recruited for includes the usual suspects such as Chefs and Managers but also includes surprising jobs such as Kitchen Porters, Housekeeping Staff, Bartenders and Waiting Staff.  One can’t help but wonder if there is a real shortage in these areas or is it that the minimum wage and zero hour contracts being offered in many cases is proving unattractive compared to other options in the economy. Salaries and wages in this sector were slashed in the recession and, despite the apparent staff shortage, have not recovered to pre-recession levels. Even in Dublin, where the hospitality sector is truly booming, wages still lag far behind the Celtic Tiger days. Many would say that this is a good thing, but are such recruitment fairs just a covert exercise in controlling wage demand?  Would the sector not be better off making these jobs more attractive by offering better pay and conditions?  Whatever the answer, there is not shortage of interested parties looking to travel to Eastern Europe to recruit, and to pay up to €1700 (excluding flights and accommodation) just to set up stall on the day.  I can’t help feeling that this is compromising the ground we made over the last 8 years in putting Ireland back on the tourist map. Forcing wage rates to remain low, as rent and general inflation surge ahead, can only end up killing the “céad míle fáilte” which is a by-product of a contented indigenous workforce.